Doctors told them to abort because there was ‘no hope’ for their son. They were wrong. 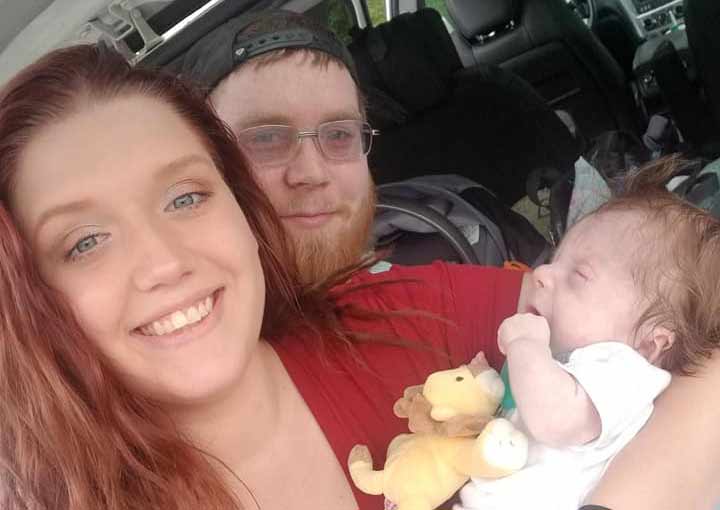 Cheyenne Potts and her husband Michael were eagerly awaiting the birth of their baby boy Leo when doctors informed them that something was wrong with their son. The news and the doctor’s advice to abort their baby “knocked the breath” out of them.

“Our little man, Leo, has a disease called Osteogenesis Imperfecta… brittle bone disease,” explained Leo’s grandmother in an essay for Love What Matters. “‘He is broken and breaking,’ say the doctors. Type 2, they tell his parents, no hope. Always fatal. He may die during pregnancy or, certainly, shortly after birth. ‘It would be kinder to terminate,’ they tell his mom and dad.”

But aborting at 20 weeks is anything but “kind.” At this age, children are just a week shy of viability. Yet, some doctors still recommend discriminatory abortion for children at 20 weeks and beyond when a health condition is discovered. A D&E abortion is typically committed at this stage and involves dismembering the baby. Ripping a human being’s limbs from his torso is cruel and brutal and is described by former abortionist Dr. Anthony Levatino in the video below:

The family discussed the possible choices in front of them, but there was never a doubt that they would choose life for Leo. They also didn’t think they would ever bring him home, and planned his funeral. Still, there was a glimmer of hope in their hearts as they would talk about what life might be like if he did survive. For four months they lived with the uncertainty and the fear. At Christmas, Potts took as many photos as possible, wondering if this was the only Christmas she would ever have with Leo.

“… [A]t this time the doctors still all agree Leo would not live beyond a week, and that week would be one of pain,” wrote Leo’s grandmother.

Leo was born in January 2019 weighing five pounds, 11 ounces, and he was alive.

“Crying, alive, and doing it on his own! The doctors were wrong,” wrote his grandmother. “Was he perfect? No, he was perfectly imperfect, and he was HERE. Alive, and a fighter. That day, Leo began to show the world that he would write his own book.

The doctors told the family that he would likely remain in the neonatal intensive care unit for three to six months. But he only spent 38 days in the hospital before coming home. While he still has health challenges and concerns — he’s at risk of breaking with the slightest bump and in more severe cases people experience hearing loss, spinal cord issues, and heart failure — life with Leo is beautiful. His family is grateful for each and every moment.

“We were asked about moments that stand out to us, and to be honest, I can’t think of just a few things that stand out,” wrote his grandmother. “He is an amazingly happy spirit and we see him touch and inspire people everywhere he goes. His family, most of all.”

Leo’s family never defined him by his diagnosis. They knew his value wasn’t wrapped up in the challenges he would face. Like every human being on the earth, Leo’s life isn’t determined by just one aspect. He is human and therefore he has value. And all the parts and pieces that make up who he is are not wiped out by the words Osteogenesis Imperfecta. To have aborted him would have been to say that he was nothing more than those two words. And that would have been a tragedy, an act of discrimination, and an injustice.

Over the years I have written many times about the “old days”–back in the 1980s–and the  primitive black and white ultrasounds whose fuzziness was exceeded only by the parents’ determination to “see” arms and legs amidst a fog of blurriness.

Now their successors–3-D and 4-D color ultrasounds–are about to be themselves replaced. A group of Brazilian researchers at Rio’s Clínica de Diagnóstico Por Images have combined ultrasound and MRI technologies to allow parents to see their unborn child in 3-D virtual reality. It truly is astonishing. (A rendition can be viewed at http://www.smithsonianmag.com/smart-news/new-technology-shows-fetuses-inside-using-virtual-reality-180961193/#vilugPUtI0GYwupk.99.)

Here’s how it works, according to Alexandra Ossola:

First, technicians take a scan of the fetus as usual with ultrasound. But if a second, higher-resolution scan is needed, they might turn to MRI for more detail, which uses powerful magnets and bursts of radio waves to distinguish different types of tissues within the body. …

Once they have the scan, the researchers can use the data to make a 3D rendering of the fetus, which takes 22 seconds. Then that can then be converted to virtual reality.

The researchers have been testing their virtual reality renderings on Oculus Rift 2 headsets, which has been “wonderful”—not only is the VR image sharper and crisper than previous imaging techniques, it’s cheaper than commonly-used 3D renderings because it doesn’t have to be printed out, says Werner. Parents can see renderings of their baby anytime after the 12th week of pregnancy.

In other words, as Science Editor Sarah Knapton put it, “The 3D images are brought to life using Oculus Rift headsets.” But that’s not all.

The headsets “also play the sound of the baby’s heartbeat. Parents are able to look around their unborn child in virtual reality by moving their head.”

But the goal is not only to help parents bond earlier with their unborn child or to educate them to the intricacies of the growing unborn child (the technology recreates the entire structure of the baby). Prof. Simon Fishel, the president of Care Fertility, told Knapton, “Anything that improves the opportunity to observe fetal health accurately is important, especially with advancing surgical technology that is now being used successfully on the fetus in the womb , where applicable.”

He said the visualizations did a remarkable job capturing abnormalities like cleft lips, tumors, and hernias in utero.

As is always the case with potential breakthroughs, there are many questions to be resolved. This is expensive and would not normally be used in pregnancies thought to be progressing smoothly.

But Prof. Charles Kingsland, of the Hewitt Fertility Centre in Liverpool, may have put it best when he said,  “This clearly is an exciting piece of work with potential benefits for diagnosing more accurately, abnormalities in unborn babies with the added potential of correcting them  earlier.”

The researchers will present their work next week at the annual meeting of the Radiological Society of North America held in Chicago and later provide a more in-depth presentation.