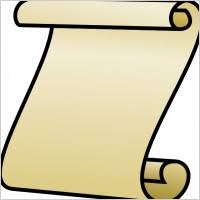 Our Purpose Is to Promote The Belief:

Wyandot County Right to Life is a non-profit, non-sectarian, educational organization of citizens of Wyandot County who promote respect and legal protection for each human life at every stage of biological development from fertilization until natural death.

The primary purpose of Wyandot County Right to Life is to present fully detailed and factual information upon which individuals and the general public may make an informed decision about the various topics of fetal development, abortion, alternatives to abortion, euthanasia, and infanticide.

“Man is made in the image of God. We are pro-choice before conception, we are pro-life after it takes place. At the moment of conception a soul and a body come into existence – new life. A complete and total baby who, at this point, needs protected by the laws of our land – the right to life.”  Lead Pastor Brad Davis, Living Word Church, New Port Richey, FL

“You can show women fetal development and many of them it doesn’t phase.  Remember the fetus, the baby, the unborn child is an adversary to the woman, it’s going to cramp her life.  Abortion-minded women see adoption, on the other hand, as a “double negative.  Not only are you not qualified to be a mother and care for the child, but you have to give the child up.  They hate that choice, so for them the abortion becomes the best alternative, the least terrible of those options. You really have to focus on [the fact] that there is life after having a child, that there is a way out of your predicament.  Just meeting women where they are by being able to listen to their pain and their agony and their suffering, and then love them so much that we walk them through this.”

Dr. John Bruchalski said his experience working with abortion-minded women has shown him the need to focus on offering women hope for life with their child, rather than emphasizing adoption or images of fetal development.  A former abortionist in his ob/gyn residency, the 50-year-old Virginia native has now become a leading light in pro-life medicine.  Through his unique Tepeyac Family Center, one of the largest free-standing pro-life medical practices in the country, Dr. Bruchalski’s team offers a safe haven for women in crisis pregnancies, spreading hope through authentic health care that respects the natural processes of the woman’s body, the right to life of the unborn child, and the eternal end of the mother’s soul. http://www.lifesitenews.com/news/former-abortionist-spreads-gospel-of-life/

“Let us not lose heart in doing good, for in due time we will reap if we do not grow weary.” Galatians 6:9.

“Each of us has a very precise starting moment which is the time at which the whole necessary and sufficient genetic information is gathered inside one cell, and this is the moment of fertilization.”     World Renowned geneticist, the late Dr Jerome Lejeune 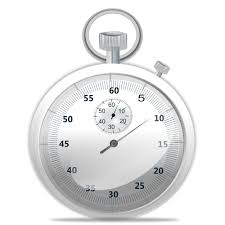 “It’s hard to imagine 54,000 aborted babies…but imagine in your mind…an abortion worker carrying an aborted baby…1 every second…in an endless line… walking, walking, day in day out, 24 hours a day…it would take well over a year and a half for all the aborted babies to be carried past you!!!” Lead Pastor Brad Davis, Living Word Church, New Port Richey, FL

2. Rape victims are four times more likely to die within the next year after the abortion, with a higher rate of suicide, murder, drug overdose, etc.. As someone who really cares about rape victims, I want to protect them from the rapist, and from the abortion, and not the baby. A baby is not the worst thing that could ever happen to a rape victim — an abortion is.  We need to educate the American public on the truth in this matter and not make public policy based on myth and misinformation.

Of course, I also think it helps to share a personal story and there are lots available, of women who became pregnant by rape and either regret aborting, are raising their children or are birth-moms, as well as stories of those of us conceived in rape and/or incest.  You can find those stories on my website:  http://www.rebeccakiessling.com/Othersconceivedinrape.html and http://www.rebeccakiessling.com/PregnantByRape.html

“We must never grow accustomed to evil!
Never give way to discouragement!” Pope Francis I