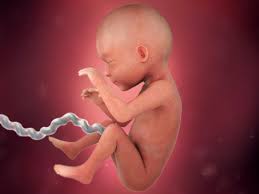 WASHINGTON – At a press conference led by House Majority Leader Kevin McCarthy (R-Calif.), National Right to Life, the federation of state right-to-life organizations and over 3,000 local chapters, urged members of Congress to pass the Pain-Capable Unborn Child Protection Act (H.R. 36). Rep. McCarthy announced that the U.S. House would soon take up consideration of the bill. “This legislation has saved lives at a state level and would save thousands of unborn babies annually from terribly painful deaths,” said Jennifer Popik, J.D., National Right to Life legislative director. “Now is the time to say that these babies need to be protected across the country.” Since 2010, National Right to Life and its state affiliates have led the effort to protect pain-capable unborn children, starting with enactment of model legislation in Nebraska. Sixteen states have enacted the National Right to Life model legislation, and the law is currently in effect in 15. The Pain-Capable Unborn Child Protection Act (H.R. 36) was developed from National Right to Life’s model. The legislation has previously passed the U.S. House of Representatives and has garnered a majority of votes in the U.S. Senate. The Pain-Capable Unborn Child Protection Act continues to be one of the right-to-life movement’s top congressional priorities for the 115th Congress. Like the state bills, the proposed federal law would generally extend legal protect to unborn humans beginning at 20 weeks fetal age (22 weeks of pregnancy), based on congressional findings that by that point (and even earlier) the unborn child has the capacity to experience great pain during an abortion. National Right to Life President Carol Tobias said, “We are proud to stand with Leader McCarthy, Rep. Trent Franks (R-Ariz.), and so many other congressional pro-life heroes, in encouraging the U.S. House to protect pain-capable unborn children. One-fourth of premature infants now survive when born at this stage – and there is strong evidence that were a child to be aborted at that stage, they would experience great pain, as they are torn limb from limb in late abortions.” A 2015 paper by Tobias challenging “media myths” about the bill is available here.

In a nationwide poll of 1,623 registered voters in November 2014, The Quinnipiac University Poll found that 60% would support a law such as the Pain-Capable Unborn Child Protection Act prohibiting abortion after 20 weeks, while only 33% opposed such legislation. Women voters split 59-35% in support of such a law, while independent voters supported it by 56-36%. A two-page summary of key points about the Pain-Capable Unborn Child Protection Act is available here. Some of the extensive evidence that unborn children have the capacity to experience pain, at least by 20 weeks fetal age, is available on the National Right to Life website at www.nrlc.org/abortion/fetalpain and also here: www.doctorsonfetalpain.com.
For social media purposes, this release is posted at: http://www.nrlc.org/communications/releases/2017/release092617/ Founded in 1968, National Right to Life, the federation of 50 state right-to-life affiliates and more than 3,000 local chapters, is the nation’s oldest and largest grassroots pro-life organization. Recognized as the flagship of the pro-life movement, NRLC works through legislation and education to protect innocent human life from abortion, infanticide, assisted suicide and euthanasia.

This entry was posted in Late Term Abortion and tagged a child to be aborted at that stage, extend legal protect to unborn humans beginning at 20 weeks fetal age (22 weeks of pregnancy), Pain-Capable Unborn Child Protection Act (H.R. 36), they are torn limb from limb in late abortions, they would experience great pain, www.doctorsonfetalpain.com. Bookmark the permalink.